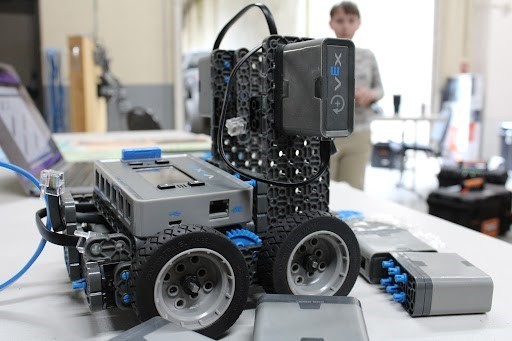 It’s the second VEX class of the 2022-2023 season and Vex EDR and IQ groups are preparing the new robots for the upcoming robotics competition!

A student of IQ Vex says “I haven't really done much robotics yet, it’s only my second class, and I am excited to be creative and design my own robot.”

Vex IQ’s competition is called slapshot and most of the IQ team is putting together the hero bot, the sample robot for the class. The EDR 2022 - 2023 game is called spin up and is made up of throwing yellow foam disks like a frisbee. “I think robotics is really fun.” Says Hannah, a EDR team member. Hannah joined VEX robotics last year and worked on her basic robot over the Summer.

The EDR team has begun creating the competition robot, the Disco, for the upcoming competition in October. 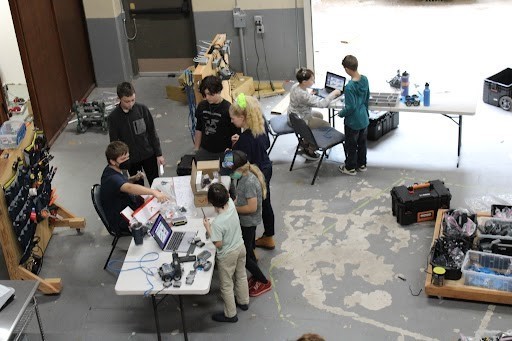 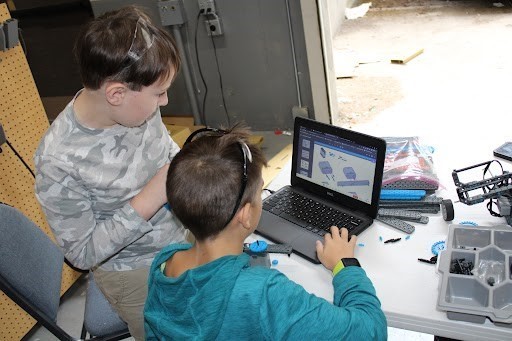